Living Soils for our Earth, our Community, and Ourselves (Part 1) 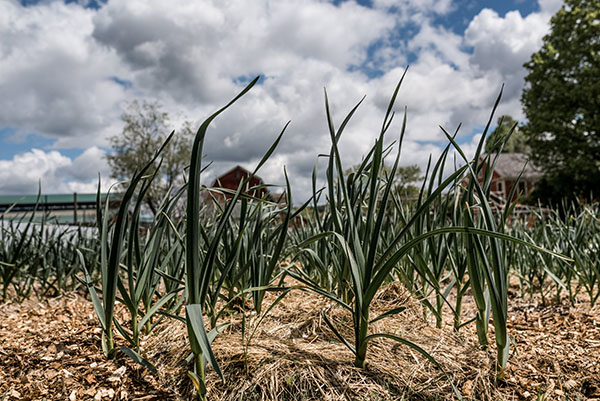 Summer—what a wondrous and joyous season! Riotous life springs forth everywhere; the days are long and the sun shares more and more of her warmth with us.

Simultaneously we live in a parallel reality with a very different feeling to it – full of fear, anxiety, and pain. As a human and Earth community, we are facing some huge challenges: soil degradation, water shortages, climate change, environmental pollution, species extinction, and numerous public health crises.

Industrial agriculture and the connected food system are at the root of many of these ills. But doesn’t that also mean that a different kind of agriculture could become a major factor contributing to positive solutions? I believe so, and it all starts with – and in – the soil.

Since 2015, which the UN declared to be the Year of the Soil, the importance and central role of soils and soil health in the health of our planetary ecosystem has been featured in many different ways. While emphasis on this seemingly new-found idea is very hopeful, what may be hidden is the fact that the significance of soil health has been known for many, many years. The cultivation of soils and the understanding of their preciousness is a core tenet of biodynamic agriculture, which was introduced by Rudolf Steiner in 1924. Sir Albert Howard, an important organic agriculture pioneer said this about soils in the 1940s: “The health of soil, plant, animal, and man is one and indivisible.”

And these individuals built upon much more ancient wisdom and knowledge. One example comes from a Sanskrit text from about 1500BC: “Upon this handful of soil our survival depends. Husband it and it will grow our food, our fuel and our shelter, and surround us with beauty. Abuse it and the soil will collapse and die, taking humanity with it.”

What happened for us to lose this deep appreciation of the importance of soils? Trying to understand and bridge this serious disconnect between ourselves and Nature and her soils requires a renewed recognition and science of soils, but also “soils” in an expanded context.

So, let’s pick up this premise and look at soils in a new light – starting on the land.

Increasingly, farmers, gardeners, and soil scientists are referencing “soil health” instead of “soil quality,” and are mindful of practices that affect their farms’ and gardens’ soil health. When we reflect on the words “soil health,” we can also reflect that only living beings can exhibit health or ill-health. Today it is no longer considered radical to understand soil as a living organism. Interestingly, Rudolf Steiner said as much in 1924, “the soil surrounding a growing plant’s roots is a living entity with a vegetative life of its own, a kind of extension of plant growth into the Earth.”

Viewing soil as a living ecosystem reflects a fundamental shift in the way we care for our Earth’s soils. Soil isn’t an inert growing medium that provides the basis of support for plants or something we need to add nutrients and minerals to replenish it. Rather, it is alive with billions of bacteria, fungi, microbes, insects, beetles, and worms, all creating an elegant symbiotic, self-structuring ecosystem. I use the term “ecosystem” here to describe a large and diverse community of living organisms, as well as their physical environment, forming and functioning as one unit. Soils as such living ecosystems can then be managed to provide nutrients for plant growth, absorb and hold rainwater for use during dryer periods, filter and buffer potential pollutants from leaving our fields, serve as a firm foundation for agricultural activities, and provide for a flourishing, diverse soil microbiome. A “microbiome” is a diverse community of microorganisms, in this case in the soil. Since the late 1990’s, advances in technologies allowed for DNA sequencing of microbial communities. This enabled the identification of the genetic material of all the microbes – bacteria, fungi, protozoa and viruses – that live in a particular soil and make up its microbiome. Healthy soils can also help mitigate climate change through their increased carbon stores; in this way agriculture is less a contributor to climate change but rather a remedy that supports a more balanced carbon-household for our planet.

This type of healthy agriculture thus supports all forms of life. All too often, many of the life-forms in soil have been considered dispensable. Or, more correctly, they have not been considered at all. There can be anywhere from 100 million to 1 billion bacteria in just a teaspoon of soil, a wondrous living and vibrant biome. It’s important to point out here that it’s a healthy and diverse plant life that creates healthy soil microbiomes. Today more and more medical professionals consider soil microbiomes the Ground Zero of many modern disease challenges. This makes a lot of sense as we discover how crucial our own intestinal microbiome is for our health. This points to the importance of diet as “connectors” of the soil and human microbiome. To explore this more fully requires another article.

So how does all this play itself out in practice on a Biodynamic® farm like Hawthorne Valley? The “farmscape” is a beautiful and diverse tapestry of grain fields, vegetable fields, pastures, hayfields, wetlands, and forest. During the growing season, one will find our ethically-managed dairy herd grazing on permanent pastures and hay fields. During the winter months, the herd is fed home-grown forage in the bedded pack barn where we also collect the manure, which is transformed further into compost. This home-grown fertilizer builds soil health which in turn supports excellent crop quality. We employ tillage mindfully, only when necessary. Our goal is to never leave soil exposed, as without root systems holding soil in place, soil erosion speeds up.

We grow our vegetables and grains in crop rotation with legumes, like alfalfa and clovers to return nitrogen into the soils, as well as other cover crops to enhance biodiversity and soil humus content. Disease and insect control are supported naturally through botanical species diversity and predator/beneficial insect habitats. The biodynamic preparations made from natural materials found on the farm, enhance soil, compost, and the very act of photosynthesis as biological inoculants and soil and foliar sprays. Chickens and pigs contribute their gifts to the farm, recycling food waste and unsaleable produce as well as depositing valuable manure on the land. Integrating animals and plants within the farm in this way creates a living, self-sustaining whole – a biodynamic farm organism.

Many of these practices and the principles behind them that have the creation of true soil health at their core are also showing up today in agricultural methodologies and practices like regenerative agriculture, organic farming, agro-ecology, holistic grazing management, permaculture, carbon farming, silvo-pasture, and agroforestry to name a few.

This is definitely good and encouraging news. Nevertheless, I would strongly suggest that we need to expand our horizon, awareness, and actions even further to include two other types of soils. What do I mean? While we all are members of, and completely dependent on, the natural Earth community, where without soils and plants there would be no life, we are also part of the human community, and we are each a distinct being. Satish Kumar, co-founder of Schumacher College, names this fundamental trinity of our existence “soil, society, and soul.” Here are two quotations that, I hope, will help to elaborate further on this idea.

James Gustave Speth, the former dean of the Yale School of Forestry and Environmental Studies and now a professor at Vermont Law School, and distinguished senior fellow at Demos adds this perspective: “I used to think the top environmental problems were biodiversity loss, ecosystem collapse and climate change. I thought that with 30 years of good science we could address those problems. But I was wrong. The top environmental problems are selfishness, greed and apathy…and to deal with those we need a spiritual and cultural transformation….”

The environmental scientist Erle Ellis wrote the following in a recent NYT opinion piece titled “Science Alone Won’t Save the Earth. People Have To Do That.”: “The greatest challenge of our time is not how to live within the limits of the natural world, or how to overcome such limits. It isn’t about optimizing our planet to better serve humanity or the rest of nature. To engage productively with the world we are creating, we must focus on strategies for working more effectively together across all of our diverse and unequal social worlds….”

What Speth and Ellis are pointing to is what we at the Institute for Mindful Agriculture are calling “inner soils” and “social soils.” And I would be remiss not to mention them here as I believe they are as important for a healthy future as the above described earth soil health. In fact, one central mission at the Institute for Mindful Agriculture is to cultivate the social soil to grow a just, resilient, and regenerative food ecosystem, resulting in the growth of vibrant food sheds throughout our country.

In one of our next posts, we will delve deeper into these three soils: Earth’s soil, social soil, and inner soil, or soul.